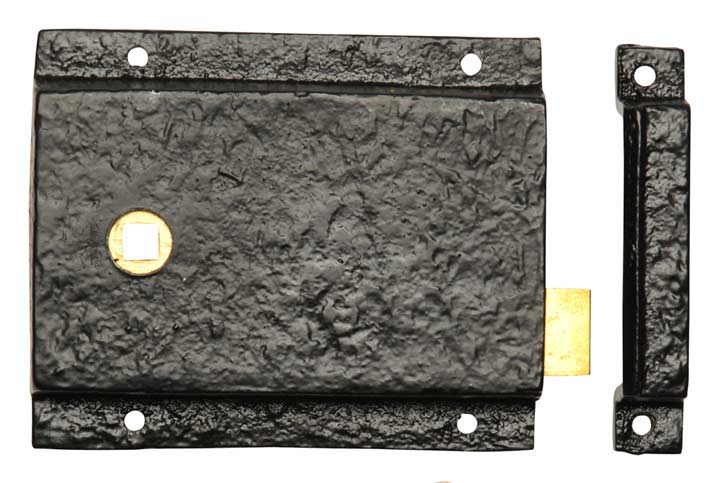 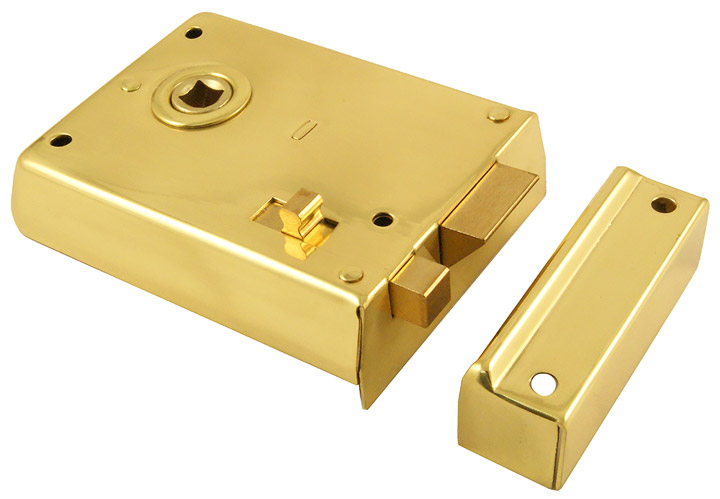 A rim latch has a box like case and is fitted on the face of the door as opposed to a mortice or tubular latch which is morticed into the door edge. A rim latch should be used in conjunction with rim knob door furniture which are supplied complete with one knob on a rose for the opposite side of the door to the latch and one knob without a rose which fits up tight against the actual rim latch itself. The rim knobs are connected to each other via a spindle which passes through the latch follower. When either of the knobs are turned, the spindle rotates and operates the latch, freeing the door to open.

Some rim latches have a slide button (shown above) giving the option of a locking facility without having to use a key. These are typically used on bathroom doors or where privacy is required.